The first Village hall in Sheriff Hutton was erected in the early 1920’s. Known as the Memorial Institute and Reading Room, it was a 1st World War army hut supposedly brought from Pocklington and erected on a site opposite the Pack Horse pub – now The Highwayman. The site was to remain a gift to the village until such time as the Village Hall moved elsewhere; then the land was to revert to descendents of the family who made the gift. 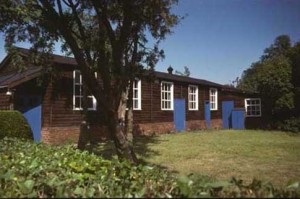 The facilities offered were one main hall, a side room, small kitchen and very basic toilets. Despite being of timber construction it was heated with coal fires for much of its life (!) although gas convectors were introduced in the 1960’s. There was a small patch of land to one side of the building but it stood above the road and there was no vehicle access or car parking. It was when the structure started to demand more and more money to keep it habitable that thoughts turned to building a new hall.

A serious programme of fund-raising and seeking grants started in 1976. A new site was chosen adjacent to the village Playing Fields and in the shadow of the imposing ruins of Sheriff Hutton Castle. This offered the space required as well as full access for people with mobility problems, cars and coaches. The foundation stone was laid in 1983 by Prince Richard, Duke of Gloucester and the new hall opened to the public in 1984. Since that time the Hall has been continuously maintained to a very high standard to ensure that it maintains its role as a pivotal feature of community life in Sheriff Hutton. 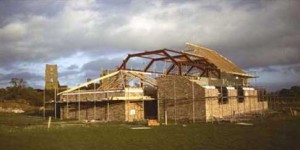 The ‘new hall’ – now 35 years old – provides a venue for a wide range of activities which take place in this active community. Sheriff Hutton is no longer a self-supporting community, wholly dependent on agriculture, but although many residents commute to York or Leeds it is a place which can still be described as a true village.

Get Social with Us.